My goodness, National Cheeseburger Day. Since I absolutely love cheeseburgers thought I would do a little research. 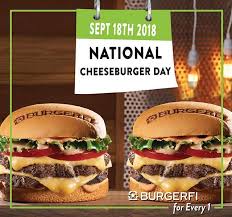 What I found was a lot of different stories on the internet explaining how the beloved cheeseburger came to be. I will list a few and let you be the judge.

There are many other stories and claims. I actually found these on The National Day Calendar website.

If you haven’t eaten yet, maybe today’s the day to go cook up a bunch cheeseburgers on the grill. I just went went to McDonalds and got me a Double Quarter Pounder Cheeseburger!